Abstract
We report extraordinary seabed erosion that occurred at a depth of similar to 8.3 m at Hujeong Beach, South Korea. The seabed was eroded for 0.7 m during a similar to 2.3-day period under storm conditions. The maximum significant wave height was similar to 3.8 m, which was unexpected considering the traditional closure depth concept. Four storm events were recorded within 36 day of the experimental period, but the severe erosion only occurred during the first storm. The erosion started when the nearbed flow velocity rapidly increased to reach its maximum at 0.27 m/s, and it continued until this velocity remained at its maximum. Additional factors responsible for the unanticipated erosion process were the current and wave skewness. The erosion was facilitated when the current direction was actively changing and the magnitude of positive skewness increased during the storm period. These factors are likely to have intensified the nearbed flow turbulence and bed shear stress. Plain Language Summary Important observations related to seabed erosion were made at Hujeong Beach, South Korea, using an acoustic instrumentation system fixed at a depth of similar to 8 m. The experiment lasted 36 day, during which four storm events with wave heights higher than 2 m were recorded. Out of these four events, however, the seabed was severely eroded only during the first storm period, and seabed changes during the other storms were minor. The seabed was eroded by similar to 0.7 m at the depth of 8.3 m over 2.3 day, which was not predicted by the traditional theories because the wave energy at this depth was not expected to be strong enough to erode the seabed despite the storm conditions. Investigations showed that this extraordinary erosion occurred when the force of the flow at the seabed likely exceeded the value needed to start the erosion. The erosion process was probably encouraged by the change in flow direction, which caused the flow energy near the seabed to become stronger. Moreover, the sharper wave shape would have strengthened the flow velocity, increasing the nearbed force and aiding the erosion process. 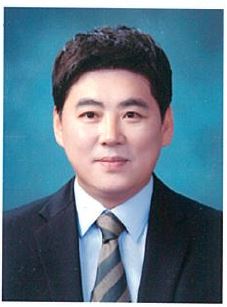