Abstract
In order to establish annual variations in the marine ecosystem of the East China Sea, suspended solids (SSs) and particulate organic carbon (POC) were extensively investigated in the northern part of the East China Sea from August 2003 to April 2008. Surface SS concentrations showed large spatial variations in spring and fall, but not in summer. Surface SS concentrations in spring were lower than those in summer and fall. In summer, SSs discharged from Changjiang were mostly deposited in the coastal areas and did not reach our study area which was located about 260 km from the river mouth. High SS concentrations were observed near the bottom, which resulted from resuspension of bottom sediments by the bottom currents. Surface POC concentrations did not exhibited large seasonal variations. Phytoplankton biomass was a main factor controlling surface POC concentrations. POC/chlorophyll ratios showed large seasonal variations, with maximum numbers in summer. POC/PON ratios were higher in summer than the Redfield ratio (6.6), while they were lower in spring and fall. In summer, higher POC/ chlorophyll and POC/PON ratios were probably attributed to the high phytoplankton mortality caused by nutrient depletion in surface waters. 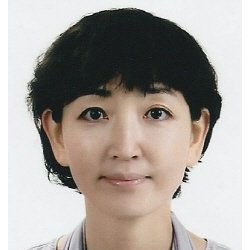