Abstract
The purpose of this study is to investigate climatological variations from the temporal and spatial surface particulate organic carbon (POC) estimates based on SeaWiFS spectral radiance, and to determine the physical mechanisms that affect the distribution of pac in the Gulf of Mexico. 7-year monthly mean values of surface pac concentration (Sept. 1997 - Dec. 2004) were estimated from Maximum Normalized Difference Carbon Index (MNDCI) algorithm using SeaWiFS data. Synchronous 7-year monthly mean values of remote sensing data (sea surface temperature (SST), sea surface wind (SSW), sea surface height anomaly (SSHA), precipitation rate (PR)) and recorded river discharge data were used to determine physical forcing factors. The spatial pattern of POC was related to one or more factors such as river runoff, wind-derived current, and stratification of the water column, the energetic Loop Current/Eddies, and buoyancy forcing. The observed seasonal change in the POC plume's response to wind speed in the western delta region resulted from seasonal changes in the upper ocean stratification. During late spring and summer, the low-density river water is heated rapidly at the surface by incoming solar radiation. This lowers the density of the fresh-water plume and increases the near-surface stratification of the water column. In the absence of significant wind forcing, the plume undergoes buoyant spreading and the sediment is maintained at the surface by the shallow pycnocline. However, when the wind speed increases substantially, wind-wave action increases vertical motion, reducing stratification, and the sediment were mixed downward rather than spreading laterally. Maximum particle concentrations over the outer shelf and the upper slope during lower runoff seasons were related to the Loop Current/eddies and buoyancy forcing. Inter-annual differences of POC concentration were related to ENSO cycles. During the El Nino events (1997-1998 and 2002-2004), the higher pac concentrations existed and were related to high runoffs in the eastern Gulf of Mexico, but the opposite conditions in the western Gulf of Mexico. During La Nina conditions (1999-2001), low Poe concentration was related to normal or low river discharge, and low PM/nutrient waters in the eastern Gulf of Mexico, but the opposite conditions in the western Gulf of Mexico. 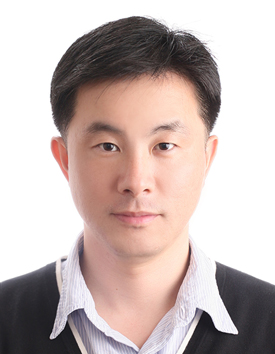