Abstract
The earthquake of magnitude 9.0 that occurred in March 2011 and the ensuing crisis at the Fukushima Daiichi nuclear power plant prompted sweeping reviews of Japan's disaster preparedness and criticism over apparent failures to take into account potential risks. Based on studies conducted after the catastrophes, the Japanese government revised its tsunami projections in a report posted on a government website. While the earlier forecast in 2003 put the potential maximum height of a tsunami runup at less than 20 m, a governmental panel of experts in Japan recently reported that the occurrence of a magnitude-9.0 earthquake in the Nankai trough, which runs east of Japan's main island of Honshu to the southern island of Kyushu, might generate a tsunami runup with a height of more than 34 m, which would inundate much of Japan's Pacific coast. A chronicle of Cheju Island (Tamraji) reports that a tsunami was propagated by the 1707 Hoei earthquake. The tsunami from the 2011 earthquake event was also propagated to the southern shore of Korea. In this study, we conducted a numerical simulation of the propagation of the tsunami from Japan's Pacific coast to the southern shore of the Korean Peninsula. Simulation results are presented for 11 scenarios of initial water displacement identified by the Japanese government. The simulation results indicate that after an earthquake in the Nankai Trough, tsunami waves would reach Cheju Island in approximately 3.5 hours and the southern coast of Korea in approximately 4 hours, with a maximum runup height of approximately 1.5 m. 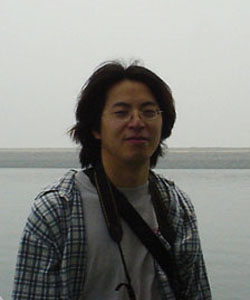