Abstract
The effects of temporal variations of the transport through the Korea Starit on the upper layer of the East Sea were investigated using numerical experiments based on transport observation for ten months from May 1999 to March 2000 by NRL and KORDI. The spatial distributions of the transport for the inflow boundary condition followed that of the mean transport perpendicular to the north mooring line. All external forcings to the model were annual mean fields except the transport variation through the Korea Strait. In experiments where transport varied continuously in sinusoid by several periods, the prominent periods (5, 10, 30, and 40-day) in observation transport and longer periods (50, 60, 120, 180, and 360-day), the highest sea surface height (SSH) variability is detected at the region covering from the Korea Strait to the Japanese coast (near 135oE). The SSH variability at Korean coast is relatively high for the longer 90-day period of the transport variation. The rms of SSH and the eddy kinetic energy (EKE) at 100m deep are higher at the East Korean Warm Current (EKWC) separation region (128oE∼130oE, 39oN∼41oN), the Ulleung Basin (130oE∼131oE, 37oN∼38oN), to the west of the Yamato Rise (137oE, 40oN) in both experiments forced by the realistic transport and that by seasonal one. On the other hand, the mean SSH field is similar in both ones. The temporal variation of the transport excites variability of the East Sea, but has little effects on the mean fields of SSH and kinetic energy. 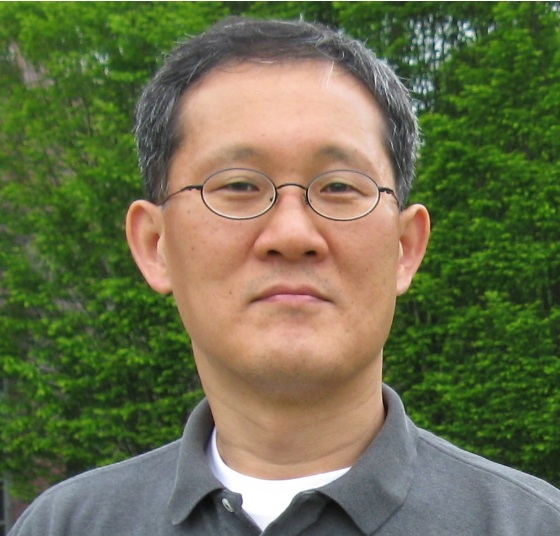