Abstract
In the typical scyphozoan life cycle a fertilized egg transforms into a planula and then into a polyp. The scyphopoly produces one or more medusae asexually, which then reproduce sexually. In the life cycle, the scale of jellyfish bloom may be related to the density of polyps and medusas. The density of polyps depends on successful planulae recruitment, asexual budding and predation by predators. Polyp and strobilla during a sessile stage may reproduce themselves asexually. The asexual reproduction during this stage rapidly increases the population of polyp. A cultured polyp reproduced 14 individuals after a month and over 70 after two months in the laboratory by asexual processes, such as stolon, binary fission and budding The abundance of polyps was investigated according to the depths using substrates for the settlement of planula in Masan Bay. The abundance was intensively increased from August to November, while the highest abundance of polyps was observed in the middle of November (approximately 160 inds./ 212.5 cm2/day). The abundance of polyps between August and September were higher below 3 m than at the surface. However, there was no difference of abundance between October and November according to the depths. Among various substrates for the settlement of planula, the abundance of polyps was the highest on the Styrofoam (polystyrene) plates. Then the preference fallowed by glasses and concretes. Ropes and oyster shells were the least favorable materials. The growth of polyps was observed under the different conditions of temperatures and salinities in the laboratory. Polyps grew rapidly at the water temperatures of 20 C and 25 C, whereas the growth was retarded at 15 C. They even partially perished at 30C. The fastest growth of polyps was observed at the salinities of 20 psu and 30 psu, while there were no increases at 10 psu. There was a positive relationship between the feeding rate of polyps and the diameter of poly 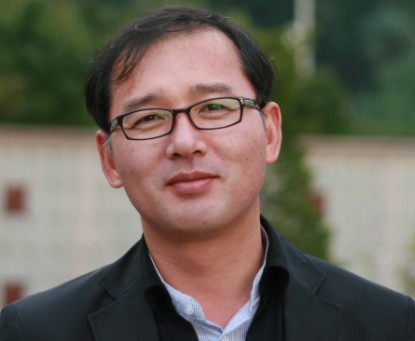