Abstract
The oceanic response to a typhoon in the East China Sea (ECS) was examined using thermal and current structures obtained from ocean surface drifters and a bottom-moored current profiler installed on the right side of the typhoon's track. Typhoon Nari (2007) had strong winds as it passed the central region of the ECS. The thermal structure in the ECS responded to Typhoon Nari (2007) very quickly: the seasonal thermocline abruptly collapsed and the sea surface temperature dropped immediately by about 4 degrees C after the typhoon passed. The strong vertical mixing and surface cooling caused by the typhoon resulted in a change in the thermal structure. Strong near-inertial oscillation occurred immediately after the typhoon passed and lasted for at least 4-5 days, during which a strong vertical current existed in the lower layer. Characteristics of the near-inertial internal oscillation were observed in the middle layer. The clockwise component of the inertial frequency was enhanced in the surface layer and at 63 m depth after the typhoon passed, with these layers almost perfectly out of phase. The vertical shear current was intensified by the interaction of the wind-driven current in the upper layer and the background semi-diurnal tidal current during the arrival of the typhoon, and also by the nearinertial internal oscillation after the typhoon passage. The strong near-inertial internal oscillation persisted without significant interfacial structure after the mixing of the thermocline, which could enhance the vertical mixing over several days. 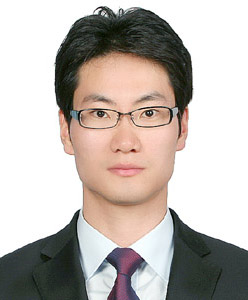