Abstract
Walleye pollock Gadus chalcogrammus (hereafter, pollock) was one of the predominant fish species in Korean waters during the 1970s and 1980s, but catches decreased rapidly beginning in the late 1980s and the fishery collapsed in the 2000s. The biological characteristics of fish species tend to depend on their biomass and environmental conditions. To investigate the changes in the biological characteristics of pollock (such as their size frequency, condition factor, and maturation) associated with biomass levels as well as the possible causes of the stock collapse as a result of environmental changes, we used data collected by the Korean National Institute of Fisheries Science (NIFS) during high (1976-1985) and low (1991-2000) periods of pollock biomass. Density-dependent effects on the pollock population were evident in Korean waters: pollock were larger and heavier at length during the low-biomass period. The gonadosomatic index also indicated that the peak spawning season was broad (from October to February) during the high-biomass period and narrower (December and January) during the low-biomass period. The population abundance and recruitment success of Korean pollock appear to have been affected by the warming of the ocean surface from the early 1990s. Thus, we suggest that the biomass fluctuations associated with environmental changes during their early life stages were responsible for the observed changes in the biological properties of pollock. 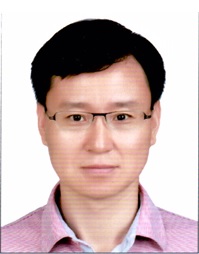