Abstract
The Samgwang deposit, previously classified as an orogenic gold deposit, consists of several structurally controlled auriferous quartz veins hosted by metasedimentary rocks of the Precambrian Gyeonggi massif, South Korea. The gold at Samgwang occurs as electrum commonly associated with arsenopyrite. Laser ablation-inductively coupled plasma-mass spectrometry (LA-ICP-MS), coupled with ore microscopy, was conducted on Au and trace elements distributed in arsenopyrite grains contained in quartz vein and wall rock samples. Resulting profiles for Au, Co, Ni, and Sb were relatively flat and showed little variability, indicating that the elements were relatively homogeneously distributed and exchanged via substitution in arsenopyrite, while variability and noisy depth profiles inferred that Pb was present as tiny inclusions or discrete particles. Furthermore, measured gold concentrations were typically higher in arsenopyrite grains from laminated quartz veins (avg. 2.07 ppm) than in grains from massive quartz veins (avg. 0.26 ppm) and wall rock samples (avg. 0.33 ppm). In the case of wall rock and massive quartz vein samples, arsenopyrite grains of euhedral shape illustrate an element distribution pattern whereby Au concentrations tend to decrease towards the rims of the analyzed grains. In contrast, the rims of arsenopyrite grains in laminated quartz vein samples recorded much higher Au concentrations of up to 20.1 ppm, with increasing Pb, Bi, and Ag, particularly within domains of fractured or recrystallized arsenopyrite grains. The newly acquired LA-ICP-MS data, along with textural evidence, may be interpreted in terms of the release and remobilization of invisible gold that was originally locked up in the arsenopyrite. This release is linked to late deformation and hydrothermal event during which the remobilized invisible gold was redeposited as electrum. In addition, there is evidence for the introduction of additional gold and other precious and base metals by the late-stage hydrothermal fluids. Based on the above and in contrast to previous genetic models, we propose a more complex metallogenic concept for Samgwang in which the economically important gold enrichment process was genetically related to intrusive activity during the waning stages of Jurassic to Early Cretaceous Daebo orogenesis. 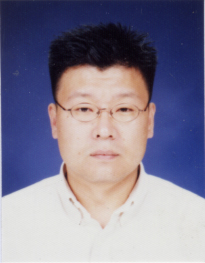