Abstract
We acquired and interpreted more than 650 km of high-resolution seismic reflection profiles in the Hupo Basin, offshore east coast of Korea at 37 degrees N in the East Sea (Japan Sea) to image shallow and basement deformation. The seismic profiles reveal that the main depocenter of the Hupo Basin in the study area is bounded by a large offset border fault, the Hupo Fault, on the east and an antithetic fault; however, the antithetic fault is much smaller both in horizontal extension and in vertical displacement than the Hupo Fault. Sediment infill in the Hupo Basin consists of syn-rift (late Oligocene - early Miocene) and post-rift (middle Miocene - Holocene) units. The Hupo Fault and other rift-bounding faults newly defined in the Hupo Basin strike dominantly north. These faults are interpreted to have been created with a sense of normal displacement during continental rifting in late Oligocene to early Miocene times. The current ENE direction of maximum principal compressive stress observed in and around the Korean peninsula associated with the motion of the Amurian Plate induces the faults in the Hupo Basin to have reverse and right-lateral, strike-slip motion, when reactivated. A recent earthquake positioned on the Hupo Fault indicates that in the study area and possibly further in the eastern Korean margin, earthquakes would occur on the faults created during continental rifting in the Tertiary 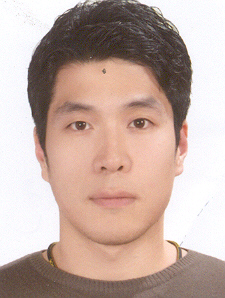