Abstract
Spatial variation in the reproductive effort of Manila clam Ruditapes philippinarum is often closely associated with variation in the seawater temperature and food availability, which determines gonad maturity and the quantity of gamates produced during spawning. Previous studies also have reported that severe infection by the protozoan parasite Perkinsus olseni exerts a negative impact on clam reproduction, retarding gonad maturation or decreasing the reproductive effort. In the present study, we investigated impacts of P. olseni infection on the reproductive condition of Manila clam during a spawning season. Histology revealed that 54% of female clams in Wando off the south coast were in spawning, while only 10% of the female from Gomso and 0% of the female from Seonjaedo in Gyeonggi bay off the west coast were engaged in spawning at the end of May in 2004. Ray’s fluid thioglycollate media (RFTM) assay was applied to assess P. olseni infection and indicated that the infection intensity in Wando (3,608,000 ± 258,000 cells/g wet tissue) was significantly higher than the levels in Gomso (1,305,000 ± 106,000 cells/g wet tissue) and Seonjaedo (1,083,000 ± 137,000 cells/g wet tissue, p < 0.001). The size of the ripe female follicle determined from histology was significantly smaller in Wando (0.032 mm 2) compared to the sizes in Gomso (0.059 mm 2) and Seonjaedo (0.052 mm2, p < 0.05). Accordingly, the number of ripe eggs in the follicle was significantly fewer among clams in Wando (14) compared to the numbers determined in Gomso (23) and Seonjaedo (22). The absolute quantity of egg in ripe clams from Wando (31.01 mg) was also significantly smaller than Seonjaedo (61.79 mg) and Gomso (133.3 mg). Quantity of total protein, carbohydrate, and lipid in the tissue in the Wando samples was significantly smaller than the quantities determined in Gomso and Seonjaedo (p < 0.001). The observed poor reproductive condition and proximate tissue composition of the females in Wando were, in part, explained by the extremely high level of the parasites, sapping the ability to store energy in the host tissues, which is used in tissue growth and the egg production. © 2015, Korea Ocean Research and Development Institute. All rights reserved. 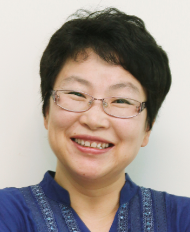