Abstract
High-resolution 16S rRNA tag pyrosequencing was used to obtain seasonal snapshots of the bacterial diversity and community structure at two locations in Gosung Bay (South Sea, Korea) over a one year period. Seasonal sampling from the water column at each site revealed highly diverse bacterial communities containing up to 900 estimated Operational Taxonomic Units (OTUs). The Alphaproteobacteria and Gammaproteobacteria were the most abundant groups, and the most frequently recorded OTUs were members of Pelagibacter and Glaciecola. In particular, it was observed that Arcobacter, a genus of the Epsilonproteobacteria, dominated during summer. In addition, Psedoalteromonadaceae, Vibrionaceae and SAR11-1 were predominant members of the OTUs found in all sampling seasons. Environmental factors significantly influenced the bacterial community structure among season, with the phosphate and nitrate concentrations contributing strongly to the spatial distribution of the Alphaproteobacteria; the Gammaproteobacteria, Flavobacteria, and Actinobacteria all showed marked negative correlations with all measured nutrients, particularly silicon dioxide and chlorophyll-a. The results suggest that seasonal changes in environmental variables contribute to the dynamic structure of the bacterial community in the study area. 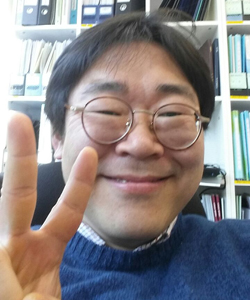